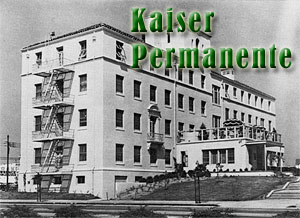 The Kaiser Permanente Medical Care Oral History Project was an in-depth, interview-based research project into many facets of Kaiser Permanente medicine and medical research, medical care delivery, and the politics, business, and economy of medicine in the United States since 1970. Interviews were conducted from 2005 through 2009.

This project has been funded by a grant from Kaiser Permanente Foundation Hospitals and Health Plan.

Although funded by KP, this project was designed and is being executed as an independent scholarly research project; individual interviewees are covered by UC Berkeley Committee for the Protection of Human Subjects guidelines that provide for sealing portions of interview transcripts at the discretion of the interviewee. While the research design and interviewing are independent of KP, we have been assisted by KP staff in identifying research themes and in selecting and locating potential interviewees.

“The Development of the Electronic Medical Record in Kaiser Permanente” edited video
In this video, Dr. Al Weiland, former director the Northwest Permanente Medical Group, offers an account of how and why electronic medical records emerged from Kaiser Permanente's Northwest Region in the 1990s.

As KP developed from a prepaid health plan for Kaiser Industry employees to a program available to the broader community, six values defined the practices and culture of the organization:

These values appeared over and over again in the interviews with KP pioneers. For the founding generation, the values grew directly from the process of developing an innovative health care system that satisfied membership needs for affordable quality medical care. External studies of KP in the 1960s affirmed the practical and financial utility of KP values. KP representatives participated in drafting both the Medicare Act of 1965 and the Health Maintenance Organization (HMO) Act of 1973. In the latter bill, Congress mandated four of KP’s core values (1, 3, 4, and 5) as necessary components of HMOs.

Ironically, even though KP provided the single most important model for legislation designed to cure the growing inadequacies of America’s fee-for-service-based medical system, it, like every other organization, had a difficult time adjusting to a new, more complex environment. Efforts to adapt to the new situation inevitably involved questioning the continued utility of KP’s “genetic code.”

National expansion posed a particularly important set of challenges. The results of national expansion were varied and often traumatic. The ability to transfer KP core values proved an important factor in the relative success or failure of new regions, thus confirming the functional centrality of core values to KP operations. To abandon them altogether seemed a recipe for failure.

Another set of conflicts developed as continuing changes in law as well as intense competition from new HMOs affected the relationship between Health Plan and Medical Group. As the national organization responded with what many viewed as radical departures from the core values that had guided KP for decades, the cumulative experience of KP leaders around the country suggested that however compelling new approaches might seem in light of the new situation, problem-solving strategies had to respect KP’s long-established culture or they would fail.

The story of how KP came to reaffirm its core values is not one of heroes and villains. Radical change swept through American medical care, and no one had a clear vision of what to do. The apparent decision in the late 1990s to reaffirm KP’s “genetic code” was based on its continuing utilitarian value as well as the strong attachment many within the organization had to KP’s heritage.

Business model and the economics of health care

All of the issues that have concerned KP have had to synthesize into a medical economic model that can support the full range of activities required by contract, law, and public expectation. KP has been unique among nonprofit medical organizations in its reliance on self-funding for new facilities and equipment. The challenges of maintaining a viable economic model flexible enough to adapt to a fast-changing environment is an important factor in internal debates over priorities and decision-making processes. A contrast of business practices as they developed across the regions would provide insight into how decentralization helped KP resolve its internal disagreements.

The mutual trust developed between the medical groups and the health plan at the regional level helped lead to the National Partnership Agreement of 1997 and the Path to Recovery Agreement of 2002 after disagreements at the national level had escalated. The trajectory underscores that the history of KP’s economic model needs to include regional perspectives as well as those from the national office. In an organization as complex and large as KP among the questions all administrators have to address are how much can any of the individual organizations with KP be “at risk”? How much can they count on each other for financial assistance if needed and under what terms? The joint decision of the Permanente Federation and the Health Plan to save the Mid-Atlantic region may be a good case study of how collaboration and shared responsibility have come increasingly to underpin KP’s economic model.

Diversity in the workplace and in the provision of health care

In the 1940s, Kaiser hospitals refused to segregate patients on the basis of race. They were often the only hospitals in the local community where black physicians could practice. KP members from the beginnings of the organization have represented a wide range of the populations in the communities KP has served. Its workforce has long been equally diverse. Over the years, the commitment to equality made when KP started developed into a concern to deliver “culturally competent care.” At the same time, the understanding of diversity has expanded from opposition to racial discrimination to engaging and taking full benefit from the full range of human difference comprised by but not limited to culture, religion, gender, sexual preference, physical and mental abilities, or age.

The growth of health care as a political issue has been another dramatic development transforming the practice of American medicine. Mandates, regulations, and programs come from the federal and state governments. The courts have become a major player in medical practice as a body of law grows, covering an ever-widening range of issues. Health care and its problems have proven decisive issues in some elections. The citizenry expects quality health care that it can afford, but despite the growing pressure on politicians to expand regulations and entitlements, no consensus has yet developed about how best to organize and pay for the nation’s medical care. All medical providers have moved from a situation in which contractual agreements determined rights and responsibilities to a highly volatile, mixed environment combining contracts, regulation, and new case law.

Health care and the Information Revolution

As Kaiser Permanente grew throughout the 1950s and 1960s, the problem of keeping track of the health status of its members became a central concern across the organization. Because of the unique pre-paid delivery model of Kaiser Permanente, physicians were not rewarded for providing unnecessary treatments; rather, providing only the most effective care became an organizational necessity. But medicine was often more of an art than a science in this era as evidence-based knowledge lagged behind tradition. From this era forward, physicians, researchers, and health plan leaders sought to harness technological innovation in medical devices as well as information systems. In the 1960s, this drive resulted in the accumulation of medical data on the entire membership of Kaiser Permanente—data that has been the basis of hundreds of studies over the past 50 years. By the 1990s, it spurred the creation of Kaiser Permanente’s robust electronic medical record. 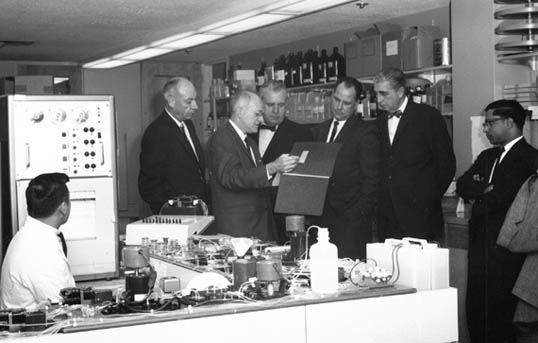 The managed care crisis of the 1990s

By the mid-1970s, Kaiser Permanente was the largest pre-paid, group practice health care delivery system in the United States. Given the growth and apparent success of this delivery model, the federal government passed the Health Maintenance Organization Act in 1973. The goal of this act was to support the expansion HMOs into new regions and states. Although it took many years for this expansion to take place, HMOs had become a popular alternative to conventional fee-for-service medicine and indemnity health insurance by the 1980s. On the one hand, this expansion proved the viability of Kaiser Permanente’s model; on the other hand, the increase meant competition from newer, more flexible HMOs. By the 1990s, HMOs—and, more broadly, “managed care” programs—had expanded broadly but they were also beginning to experience massive growing pains. Many for-profit plans, facing pressure from their stockholders, started to ration care; many plan members, fearful of the rationing of health care, started to criticize these plans, sometimes fleeing them for other options. Managed care was in a crisis. Although much different than many of the large, for-profit managed care organizations, Kaiser Permanente found itself swept up the managed care crisis of the 1990s. Many interviews in this project explore the difficulties experienced by Kaiser Permanente in the 1990s and their efforts to overcome those problems by the end of the decade.

Kaiser Permanente is one the largest private providers of health care in the United States. However, many do not know that its regions also conduct a great deal of research, focused mostly on health care delivery (rather than basic medical research). In 1961, Dr. Morris Collen established what eventually became the Division of Research in Kaiser’s Northern California Region; in 1964, Dr. Mitch Greenlick established the Center for Health Research in the Northwest Region; research centers in other regions followed. Several interviews in this project explore the content and scope of health services research conducted at various Kaiser Permanente facilities.

Kaiser Permanente before 1970, the founding generation

Interviews with nineteen KP pioneers were conducted in the mid-1980s. Two were added during the 1990s to continue the story of national leadership up to 1992. Twelve interviewees were KP physicians, eleven of whom had served as administrators. Six physicians came from the Northern California region, three were from Southern California, and one each were from the Colorado, Ohio, and Northwest regions. Eight interviewees were Health Plan administrators, three of whom had worked in Kaiser Industries during the formative stages of the Kaiser health plan. One of the other two interviewees was interviewed as a representative KP Health Plan member. A final interview was conducted in 2002 with a pioneer in KP’s nursing program. The interviews range in length from 2 to 16 hours. A total of 162 hours of conversation was recorded and transcribed. More than half the pioneers are now deceased. Their recollections are valuable historical resources that cannot now be replaced or duplicated.