For over twenty years, the Regional Oral History Office (ROHO) produced in-depth oral histories of members of the mining community, under a project called “Western Mining in the Twentieth Century,” which was overseen by Eleanor Swent. The 104 interviews in the project covered the history of mining in the American Southwest, Mexico, South America, and Australia from the 1940s until the 1990s.

ROHO has changed its name to the Oral History Center of the Bancroft Library, and with that change we proudly announce a new project entitled “Global Mining,” which will focus on key transitions in technology, policy, and geopolitics that have brought mining to its current state worldwide.

Much has changed in mining industries in the years since the Western Mining project was in full production, including the increased globalization of mining operations, the decreasing concentration of mineable minerals in ore, increasingly complicated regulatory environments, new systems of environmental remediation, new technology for exploration, extraction, and processing, and new stories of political conflict and resolution. In addition to collecting interviews about mining engineering, metallurgy, and administration, we also hope to explore the history of information technology and data analysis with respect to mining, as well as the legal, regulatory, and policy history of the industries. 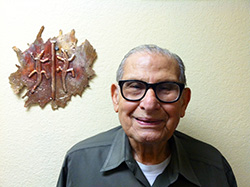 Dr. Roshan Bhappu: Science and values in the life of a metallurgical engineer
Conducted by Paul Burnett in 2014, Regional Oral History Office, The Bancroft Library, University of California, Berkeley, 2014.

The interview with Dr. Bhappu was funded with revenue from the Hearst Foundation endowment for the Regional Oral History Office. Thanks also to former Western Mining Project Lead Eleanor Swent, Dr. Douglas Fuerstenau, and Noel Kirschenbaum for their advice and support while the Global Mining project was being established. Finally, we are of course grateful to Roshan Bhappu for taking time out of his busy schedule to speak to us about the past, present, and future of mining in world history.

Dr. Roshan Bhappu was chosen to begin this new project in part because his life history is truly global in scope, beginning in Karachi, India, and ranging across Europe, the United States, South America, Central Asia, East Asia, and Australia. Here is a clip from the interview in which Dr. Bhappu reminisces about his arrival in the United States to study metallurgy in 1948.

Dr. Bhappu was also chosen because of his outstanding reputation in the mining, metallurgical, and international development communities, and he has authored hundreds of reports and research papers for his clients. He has been the president of the Mining and Metallurgical Society of America, and has received its highest award, among many others, for his contributions to several fields of research and mining practice.

The interviews with Dr. Bhappu were conducted at the Hilton Hotel in Tucson, AZ, from March 5-7, 2014. Before we began the interviews, I explained my interest in how values inform the practice of science and engineering, and he agreed that this was a good subject to explore. He has worked hard to educate the public about what he sees are misconceptions about the industry. Although he acknowledged the environmental costs of mining, he felt that the benefits far outweighed them. Moreover, he has spent his career trying to find ways to mitigate pollution from mining and treat remaining pollutants with responsible and cost-effective methods. At eighty-seven years old, he has spent over sixty-five years meeting the challenges in his work. 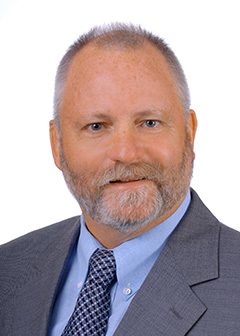 Dick Teets, Jr. is Executive Vice President of Steel Dynamics, Inc. and Chief Operating Officer for all of the company’s steelmaking divisions.  He began his career in the late 1970s as a mechanical engineer for J&L Steel, which later became LTV. In the late 1980s, he joined Nucor, where he supervised the construction of the first thin-cast slab steel plant, which was one of the first large-scale mini-mill plants in the United States. He was a participant in early experiments in partnerships with Japanese steelmakers in the US, and was a witness to the accelerating encroachment of the newer mini-mills on the markets of the traditional “Big Steel” companies.  In the early 1990s, Mr. Teets co-founded his own company with former executives at Nucor, called Steel Dynamics, Inc. He helped lead the company through a long period of rapid growth, helping to build and manage the capacity for manufacturing numerous different types of steel products. Today, Steel Dynamics is the fifth largest steel company in the United States.