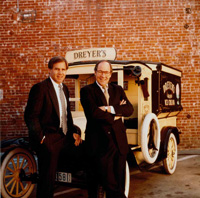 The Oral History Center (then the Regional Oral History Office) of the Bancroft Library conducted an oral history project to document the history of the Dreyer’s Grand Ice Cream Company, interviewing some of the key people who built its local, national, and international presence. For the project, OHC conducted approximately 100 hours of interviews with the owners, investors, employees, and relevant individuals who helped make Dreyer’s Grand Ice Cream an international brand between 1978 and 2006.

Over the past century and a half, California’s coastal Mediterranean climate and irrigated inland valleys provided insightful entrepreneurs in the Golden State, and the Bay Area in particular, opportunities to become leaders in food and wine agribusinesses. As a result, the state served as the springboard for numerous food and wine businesses to establish profitable regional operations. By the 20th century, these businesses emerged as integral parts of multinational diversified corporations and key players in the global economy. Examples of these companies include: coffee giants Maxwell House, Hills Brothers, and Peet’s; bread giant Boudin; Golden Grain Macaroni’s Rice-a-Roni; chocolatiers Ghirardelli and Scharffenberger; and wine giants, including Gallo and Mondavi. Yet, the story is somewhat bifurcated in that food became more than a business as it emerged as a marker for regional identity predicated upon enjoying fine local foods and imbibing world-class wines. The Bay Area’s post World War II era also nurtured regional food educators and practitioners that elevated the status of the region’s foodways. Herb Caen, Cecilia Chiang, Doris Muscatine, Narsai David, and Alice Waters, among others, became modern food pioneers dedicated to establishing a regional food identity. In the end, the best of the regional foodways became a focal point for businesspersons to grow local food businesses into profitable national and global brands. 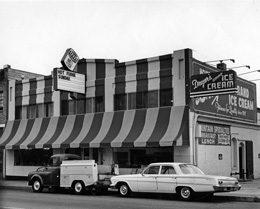 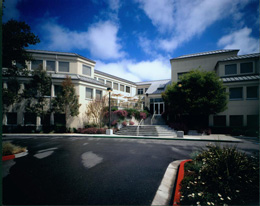 Missing from the story is the role of Bay Area ice creams, such as Dreyer’s Grand Ice Cream, that played a vital role in this process. Dreyer’s serves as an important case study for the route of developing a local business and growing it to the regional, state, national, and eventually global marketplace. Founded in 1928 and opened on Oakland’s Grand Avenue, Dreyer’s ice cream business survived the challenges of the Great Depression and World War II by producing quality ice cream and developing new brand awareness built upon their invention of Rocky Road ice cream. Over the next few decades Dreyer’s became the largest American ice cream company and, in 1981, the corporation began to trade shares on the NASDAQ. The company's entrance into the global marketplace came in 2006 when Nestlé Corporation acquired 67 percent of their shares and thus became the world's largest producer of ice cream.

The Mother of All Parties

A brief timeline of ice cream and Dreyer’s Grand

Widely believed to be the first “ice cream” developed in China by freezing a soft mixture of milk and rice and packing it into snow.

Using salt to freeze foods done in Europe for first time: sorbets and ices made with sweetened milk in Naples.

Lenzi-competitor Joseph Corre first to advertise the sale of “Ice Cream” by that name.

First ice cream recipe published in the US appears in Richard Briggs’ The New Art of Cooker, According to the Present Practice (W. Spotswood, R. Campbell, and B. Johnson: Philadelphia, PA), 1792.

Thomas Jefferson becomes the first US President to serve ice cream at the White House. Jefferson also credited with bringing “French-style” ice cream (made with egg yolks) to the U.S.

First documentary evidence of an “ice cream cone” appears in the colored engraving “Frascati” by Parisian artist Louis-Philibert Debucourt. The picture depicts a young woman licking an ice-cream cone in the Neaopolitan-owned Café Frascati. This image challenges the commonly-held belief that the ice cream cone was invented at the 1904 St. Louis World’s Fair.

The Centennial Exhibition of 1876, held in Philadelphia, brought national attention to the Philadelphia ice cream culture and popularized “Philadelphia-style” ice cream, made without eggs, or with only egg whites.

August Gaulin of Paris invents the homogenizer, which is used to develop the smooth texture of ice cream. US annual ice-cream production (in gallons): 5 million

As the galley boy, William Dreyer given the prestigious job of producing ice cream to celebrate his German ship's arrival in America. After a brief stint making ice cream in New York City, relocates to Northern California to begin a twenty-year apprenticeship with Peerless Ice Cream and National Ice Cream Company.

Dreyer begins teaching ice cream courses as the Professor Advanced Ice Cream Manufacturing at the University of California, Davis and serving as an officer in the California Dairy Industries Association.

Purportedly calming his nerves after Black Thursday, Dreyer adds walnuts (later replaced with almonds) to his chocolate ice cream and, using his wife's sewing shears, cut marshmallows into bite-sized pieces to make the first batch of Rocky Road, a name that gave people something to smile about in the face of the Great Depression. (note: An 1853 Australian confection, sold under the same name, was made of chocolate, marshmallow, nuts, and other fillers and sold to gold miners who travelled the “rocky road” to get to the Australian gold fields.) Prior to this, ice cream had been primarily sold in vanilla, chocolate or strawberry flavors and this marked one of the first flavor combination ice creams. Edy and Dreyer are also credited with creating Toasted Almond and Candy Mint.

Dreyer retires and passes management of the company on to his son, “Junior,” though remains active in the company until his death in 1975.

Sales reach $30 million, from $6 million at time of Cronk/Rogers acquisition. Dreyer’s goes public with shares traded on NASDAQ under the ticker symbol DRYR. Dreyer’s President Ken Cook enters the vanilla business, and since then Dreyer’s ice cream has been made with Cook’s Vanilla produced by the Cook Flavoring Company. $45 million Initial Public Offering.

Begins expansion across the Rockies with introduction of Edy’s brand to St Louis, Milwaukee and parts of Ohio. At this point, Dreyer’s had experienced a 959 percent increase in sales since acquisition by Cronk and Rogers

As company expands, T. Gary Rogers composes the “I Can Make a Difference” philosophy defined by ten tenets, or “Grooves” that aim to empower individuals to realize their potential and promote a cohesive corporate culture.

Nestlé acquires approximately 30% of the company.

Dreyer’s succeeds in 14-year struggle to exceed Breyer’s sale, becomes the leading packaged ice cream brand in the U.S. market. In celebration, the company held the Mother of All Parties (MOAP), chartering three DC-10s to bring all employees to Oakland for an “I Can” theme party. Also expands its charitable work with the launch of the Grand Expectations Program.

30% jump in dairy prices due to drought conditions in dairy states and weakening demand for ice cream hurts profitability.

Nestlé acquires 67% of the company, with rights to purchase the rest by 2006. T. Gary Rogers retains post of Chairman and Chief Executive, President William F. Cronk

Dreyer’s expands with an East Coast plant in Laurel, Maryland.

Dreyer’s buys franchise rights to all 236 Häagen-Dazs shops in the US from General Mills of Golden Valley, Minnesota. 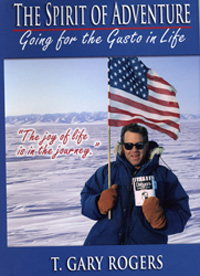 From the Cow to the Cone (Family Travel Network)