This collection of interviews explores the experiences of African American faculty and senior staff at UC Berkeley as part of the broader history of the University of California and its commitment to access and diversity. This project is grounded in the premise that higher education is one of the primary strategies for gaining social equality — access to employment and income — for historically disadvantaged communities. Moreover, the university, comprised of its students and faculty and administration, with all of its intellectual and financial resources operates as a critical touchstone in processes of systemic social change. Therefore the university functions not simply as an educational institution, but also as a significant site of past and future potential for imagining and crafting opportunity for ethnic and racial groups formerly excluded from higher education. This project recognizes that the University of California, as California's premier public educational institution, plays a significant role in the socioeconomic mobility of all of California’s residents. The story that we hope will emerge from this project is a story of California — its people and one of its most important public institutions.

In 2002, The Bancroft Library’s Oral History Center (then the Regional Oral History Office) began interviewing African American faculty who had come to Berkeley before the late 1970s as part of the African American Faculty and Senior Staff Oral History Project. The project was conceived by former Vice Chancellor of Student Affairs Russ Ellis and then-OHC Director and Professor of History Richard Cándida Smith, as part of OHC’s longstanding commitment to documenting the history of the University of California. Nadine Wilmot was the primary interviewer and project coordinator during her years at OHC. OHC staff (circa 2015) Linda Norton, David Dunham, Martin Meeker, and Neil Henry then brought the remaining interviews to completion. 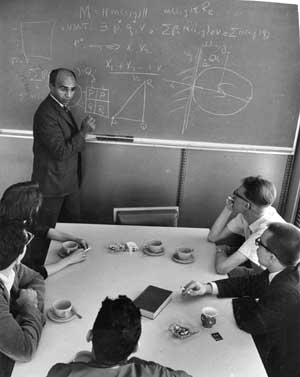 What is important about these stories?

This collection of interviews features African American faculty and senior staff who have made key contributions to the university and to their disciplines.

This group, whose lives have spanned the Civil Rights and the Black Power movements and who numbered among the first to integrate the faculty at historically white, mainstream institutions, represent, in their way(s) the autobiography of a generation. As self-conscious actor/participants, they reflect on the ways that they have occupied and engaged with the different ideologies, political stances, and identities that transverse their lives, as they have crossed the boundaries separating black and white worlds in America.

Central to these interviews are stories of the university and how it has made sense of and incorporated issues of diversity into its environs — its student body, faculty, staff, and curriculum. Some of the key stories that emerge in this set of interviews are the stories of the Third World Strike and Third World College; the creation of the African American Studies Department; the formation of affirmative action policy and its subsequent demise with SP1, SP2, and Proposition 209; and the circumstances surrounding the creation of the American Cultures requirement.

Who was interviewed and how were they selected?

Our cohort included all tenure track faculty who were at U.C. Berkeley prior to 1975. We also interviewed individuals who did not fit these guidelines but were spouses to faculty and/or added significant perspectives to the project.

Key topics explored in these interviews

These pioneering colleagues passed away before they could be interviewed for this oral history project.