What actually happened to Vincent van Gogh’s ear? Here are 3 things you should know.

It was either the lobe or the entire ear, gone. The severed ear, or maybe nub, was delivered to a woman, most likely a prostitute, but maybe not.

On the night of Dec. 23, 1888, in the throes of a mental breakdown, Vincent van Gogh cut off part of his own ear. From here, however, details scatter, leaving countless contradictions in their wake.

“When I started looking into Vincent van Gogh, nothing made any sense,” said Irish art historian Bernadette Murphy in a recent interview. “There were inconsistencies repeated incessantly in every book."

There was only one thing to do, she decided: Ignore everything out there and start all over again.

That odyssey led Murphy to The Bancroft Library. In 2010, with the help of Bancroft archivist David Kessler, now retired, Murphy made a historic discovery, one that settled decades of controversy about van Gogh’s self-harm that night. She spent the next six years researching and building up her argument, publishing the book Van Gogh’s Ear in 2016.

We recently sat down with Murphy, who revealed details of her research during a talk in Morrison Library last week. She was joined for the talk, titled “The Mystery of Van Gogh’s Ear,” by Kessler and David Faulds, Bancroft’s curator of rare books and literary manuscripts.

Here are three things we learned. 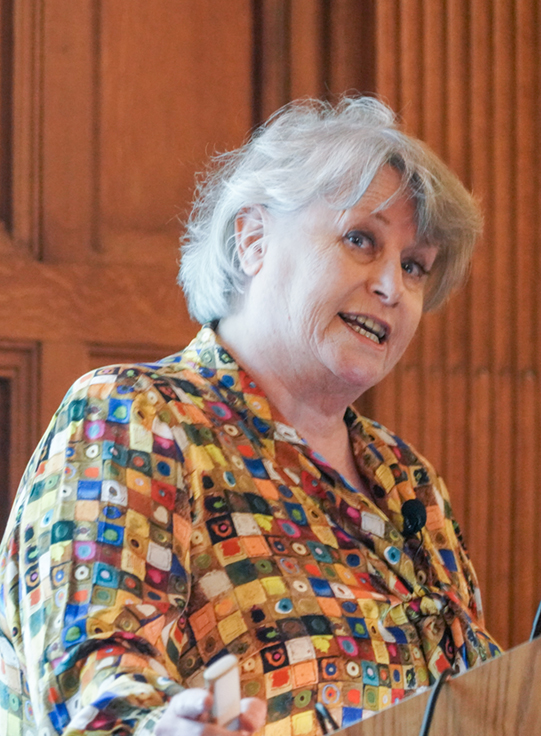 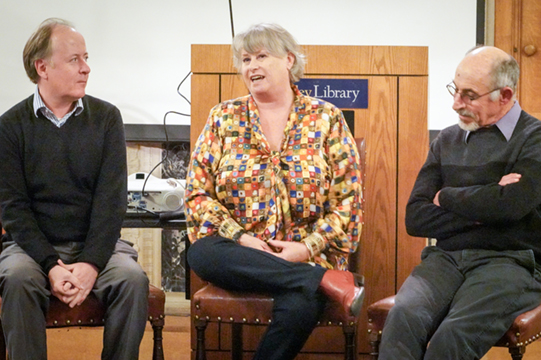 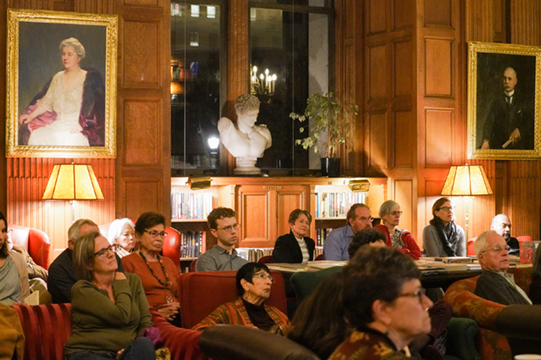 1. It was the ear, the whole ear, and nothing but the ear.

Until recently, historians had concluded that van Gogh only cut off the lobe. One eyewitness report seemed unequivocal: French artist Paul Signac, who visited van Gogh in the hospital shortly after the incident, had written in a letter that van Gogh “cut off the lobe” and “not the whole ear.”

But in self-portraits, van Gogh painted himself with his head covered in wrappings. And in his letters, van Gogh describes spending weeks in the hospital recovering from fever and infection.

At the Van Gogh Museum, in Amsterdam, Murphy found an important clue: a 1955 letter that referenced a diagram of van Gogh’s original wound, drawn by Félix Rey, the doctor who treated him. According to the letter, the diagram lay with biographer Irving Stone, author of the van Gogh biography Lust for Life.

Enter Bancroft, home to Stone’s personal papers. Murphy, based in southern France, reached out to the library. One day, after several attempts, Kessler found the doctor’s note, folded in half, tucked away in a folder with clippings and other odd scraps.

The doctor’s drawing shows a clear incision across the base of the ear; van Gogh had cut the whole thing off, leaving only a sliver of the lobe.

“When I saw the drawing for the first time, I burst into tears,” Murphy said. “I thought, suddenly, ‘Oh, my God — he really did it.’”

(So, where had the story gone wrong? Upon closer inspection of Signac’s letter, Murphy found the answer: one line in his letter, long overlooked. “Vincent was dressed as usual, wearing a band round his head and a fur cap,” Signac writes. “I thought, bingo — nobody ever saw the ear uncovered,” Murphy said. “Neither did Signac.”)

2. The ear was given to a cleaner at a brothel, not a prostitute.

For a long time, the accepted story was that van Gogh gifted the bloody appendage to a woman named Rachel, a prostitute at the brothel van Gogh frequented while living in Arles, in southern France.

He gave the woman the ear outside the brothel and, according to a local newspaper report, told her to “keep this object carefully.” She fainted on the spot.

“This girl, she didn’t seek him out,” Murphy said. “She was traumatized.”

According to Murphy’s research, the woman was not a prostitute but a cleaner. Murphy scoured census records from Arles and found no prostitutes named Rachel. She also uncovered a news report that said the ear’s recipient was named Gaby, not Rachel. Murphy found a woman named Gabrielle, but she was only 18 years old at the time — three years too young to be a registered prostitute.

Murphy tracked down Gaby’s descendants, who told her that, in fact, Gaby had worked as a maid at the brothel to pay back costly medical bills following a bite from a rabid dog. Gaby also worked at a cafe that van Gogh visited regularly, suggesting a closer connection between the pair than was previously believed.

3. The petition to kick van Gogh out of the Yellow House was a sham.

In February of 1889 — two months after he cut off his ear — van Gogh’s neighbors in Arles launched a petition to have the erratic artist institutionalized and removed from the iconic Yellow House, his home and studio. Van Gogh believed that 80 people had signed the petition, which upset him gravely. But only 30 people had signed it.

In the beginning of her research, Murphy compiled a database of the 13,000 people living in Arles during van Gogh’s 14-month stay. By tracing the signatures and digging through that database, Murphy concluded that 24 of the 30 signatories were not even residents of Arles, but rather acquaintances of the house manager who wanted to remove his strange tenant.

Murphy is now using the database to track down the identities of the people painted by van Gogh while he was in Arles — the greatest period of his artistic creation.

“It’s like a crossword,” said Murphy of her ongoing research. “You pick it up, and you want to finish it.”