For Joseph Slusky, his sculptures are “life lessons.”

At a book talk Tuesday night at the Environmental Design Library, Slusky, an artist, sculptor, and former faculty member in the College of Environmental Design, talked about the immense personal value of art, explaining that his process has more to do with the psychological inner experience than the physical. This might not come as a surprise for people who have seen his vivid sculptures in the library, which, he states, “are an exploration of the subconscious, the infinite interior.”

Slusky discussed the evolution of his work, which spans a period of 50 years, and highlighted his experimentation with shape and space in his earlier work and the use of vibrant color in his later work. He also discussed the geographic origins of the art, talking about his early residence near Ashby Avenue, in Berkeley, and years spent abroad in Sweden and England in the late 1960s and early 1970s.

Slusky uses metal as a medium and does not work from models or sketches, instead treating each sculpture as “a new exploration or journey.”

Want to view his work? The Environmental Design Library recently added another Slusky piece, making it home to five of his sculptures on permanent display. 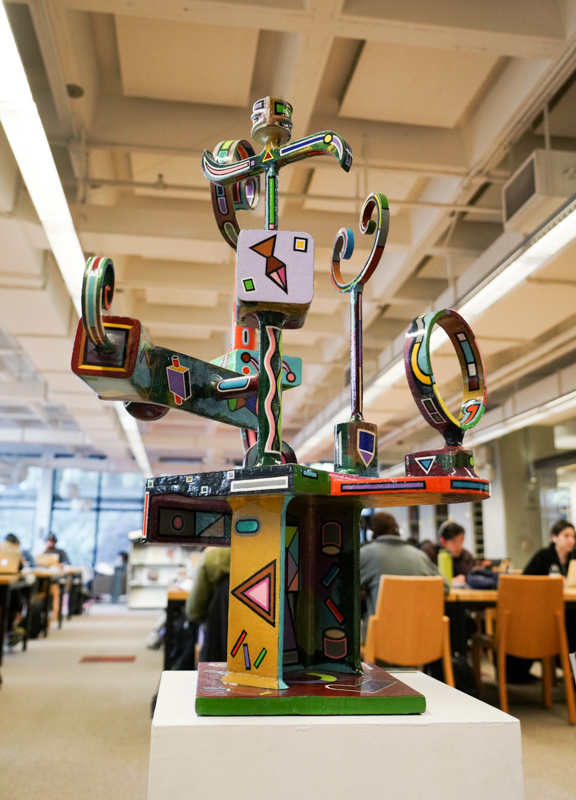 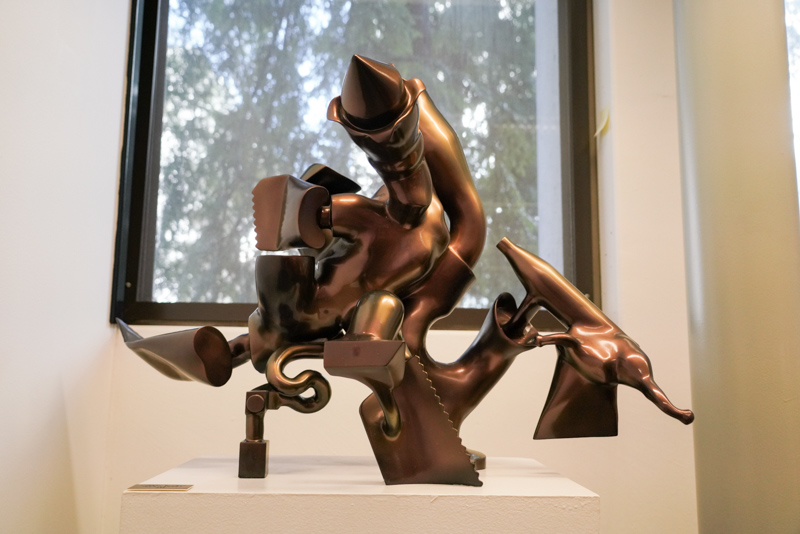 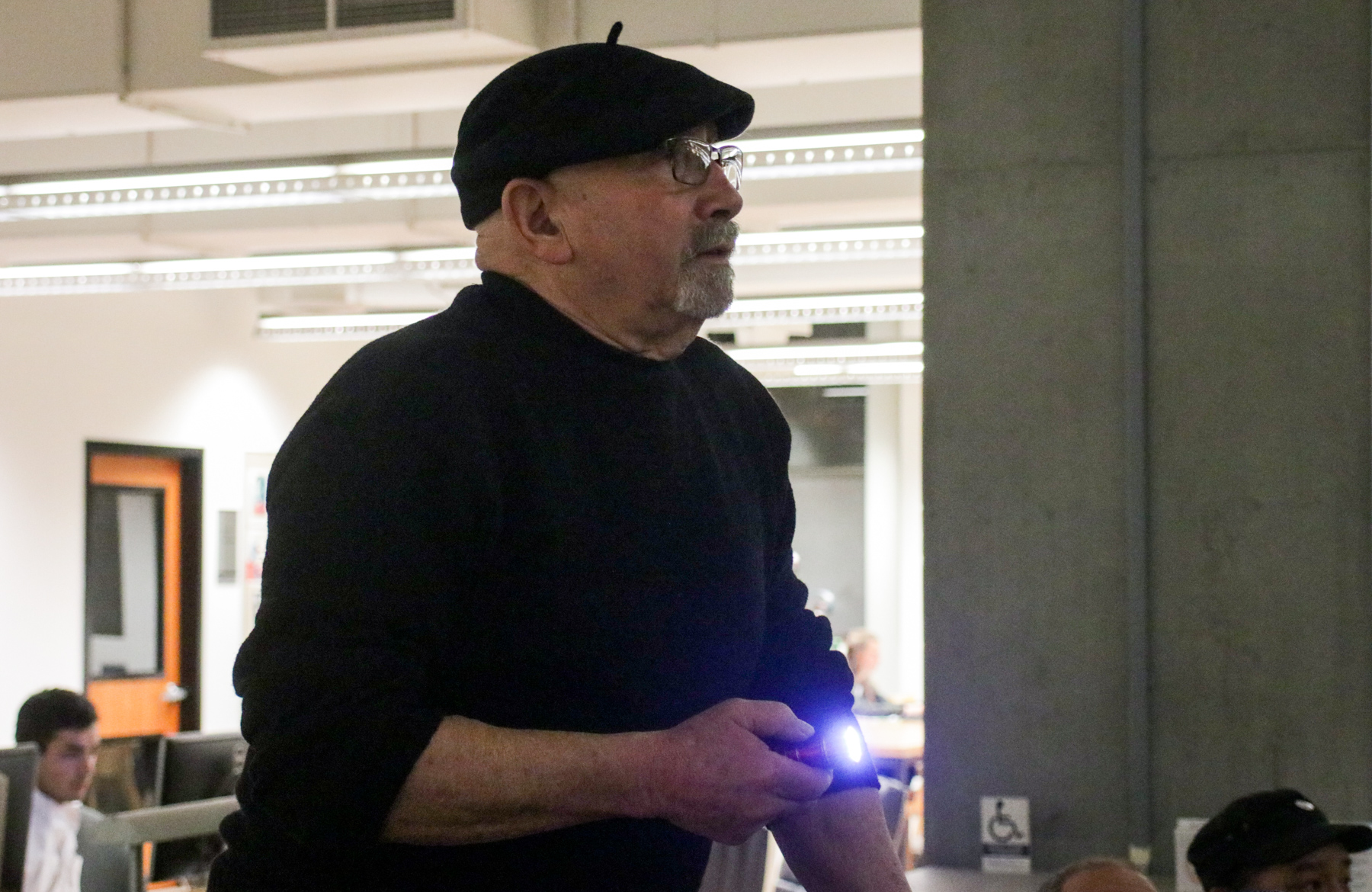