In the 1910s, Red Fox James embarked on a state-to-state sojourn on horseback to solicit support for a single day honoring Native Americans, ultimately presenting endorsements from 24 governors to the White House. But it wasn’t until 1990 that President George H.W. Bush approved a resolution designating November as a month to recognize Native American people and their contributions, traditions, history, and culture.

In honor of Native American Heritage Month, we asked a handful of professors and a librarian: What is your favorite book highlighting Native American voices? The answers ran the gamut, from a collection of short stories set in Santa Rosa (which spawned an HBO miniseries) to an in-depth, real-life account of intertribal conflict around the turn of the millennium. Here’s a list of their picks.

Sáanii Dahataał: The Women Are Singing (1993) by Luci Tapahonso
Nominated by Melissa Stoner

Melissa Stoner can’t remember exactly when she first read Sáanii Dahataał: The Women Are Singing — it might have been in high school — but she hasn’t forgotten the impact it had on her. “At the time I was impressed and still am,” said Stoner, who serves as UC Berkeley’s Native American studies librarian. Written by Luci Tapahonso, the first poet laureate of the Navajo Nation, the book is a collection of poems and prose that recall some of the people and places from the author’s home of Shiprock, New Mexico. “Writing is such an intimate thing for me, and to see a Diné (Navajo) woman share that intimacy with her readers was inspiring,” said Stoner, who sees parallels between the author’s upbringing and her own. (Like the author, Stoner grew up on the Navajo reservation in Shiprock.) “I feel as though I completely identify,” she said. “That is what makes me secure in knowing I am not alone and how thankful I am to be culturally grounded.” 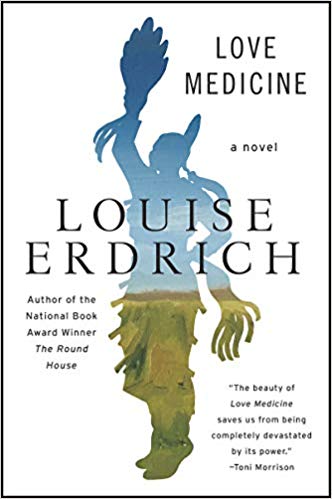 Love Medicine is one for the literature lovers: Come for the cultural insights, stay forever for the unforgettable prose. “Grandpa’s mind had left us, gone wild and wary,” says one of the story’s many narrators. “His thoughts swam between us, hidden under rocks, disappearing in weeds, and I was fishing for them, dangling my own words like baits and lures.” Louise Erdrich’s Love Medicine is a story of family, love, and betrayal, set on a fictional Ojibwe reservation in North Dakota. The novel opens with the death of one of the main characters and loosely follows the aftermath of that ordeal — twisting and turning through the perspectives of various family members across time. “The characters are flawed and even cruel at times, but they are portrayed with complexity, humor, and humanity,” said Beth Piatote, associate professor of Native American studies. For Piatote, who enjoys teaching the novel to students, the vivid characters and absorbing writing create a universe that feels rich and real — and uniquely welcoming. “(Love Medicine) had a tremendous impact on me,” Piatote said. “It represented a Native world that felt familiar to me, and that was an entirely new experience.”

Power in the Telling: Grand Ronde, Warm Springs, and Intertribal Relations in the Casino Era (2018) by Brook Colley
Nominated by Thomas Biolsi

Power in the Telling captures a real-life story of casinos, conflict, and colonization. Starting in the late 1990s, the Confederated Tribes of Warm Springs began pursuing the idea of building a casino in Cascade Locks, Oregon. But the Confederated Tribes of Grand Ronde balked at the proposition, with Grand Ronde leaders voicing concerns that the new business would siphon customers away from their own nearby casino. Drawing on more than 30 interviews, Brook Colley, an assistant professor and the Native American studies program chair at Southern Oregon University, provides an in-depth look at both sides of the disagreement, while challenging the all-too-frequent portrayal by the media of tribal casinos being a matter of greed instead of a struggle for sovereignty against the backdrop of colonization. “Far from being motivated by avarice, (Colley) shows the long history of marginalization, poverty, and insecurity faced by these two tribal peoples, and how both peoples engaged in difficult and courageous struggles for survival,” said Thomas Biolsi, a Berkeley professor who teaches comparative ethnic studies and Native American studies. “Tribal casinos, and tensions between tribes over casinos, can only be understood from the standpoint of those struggles.”

Grand Avenue: A Novel in Stories (1994) by Greg Sarris
Nominated by Enrique Lima 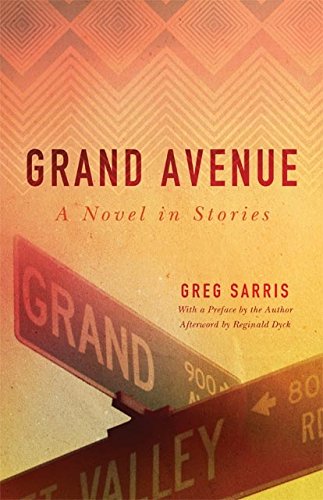 "My name is Jasmine, but I'm no sweet-smelling flower. Names are just parents’ dreams, after all.” So begins the stunning tapestry that is Greg Sarris’s work, Grand Avenue: A Novel in Stories. The book, which was adapted into an HBO miniseries, weaves together the interconnected tales of a Native community in Santa Rosa grappling with effects of colonialism in the late 20th century — loss of land, poverty, social dysfunction, and family separation, to name a few. Despite these tragedies, the characters persevere, “using history and tradition to build community with and through each other,” said Enrique Lima, a campus lecturer who teaches about Native American literature and history, and transnational indigenous issues. “Grand Avenue brings to life the painful effects of history on the lives of Native families — that is, it reproduces history on a human scale,” Lima said. “I read it for the first time only a few years ago and it affected me greatly.” For Lima, the novel is a gripping reminder of why it is so important to tell and read the stories of indigenous communities in the Bay Area — “to make visible Native life here, where we live and work.”